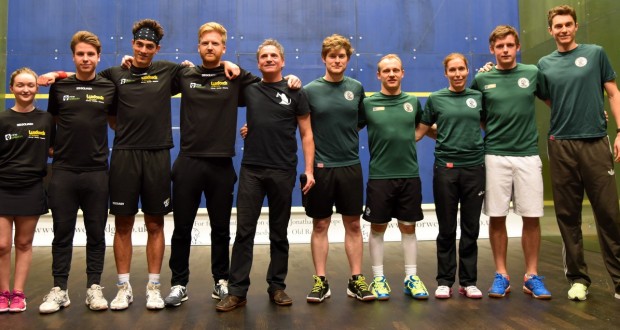 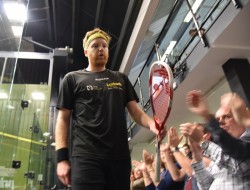 After a dramatic first semi-final, it was the turn of St George’s and Coolhurst to see who would meet Duffield in the final. Division B table-toppers St George’s were at home, but visitors Coolhurst, Division A runners-up, probably had their shortest journey so far this season!

In  front of a sellout crowd it was St George’s who triumphed, with their home-grown trio of Joe Lee, Charles Sharpes and Tom Richards taking the first three men’s matches to seal the victory.

So it will be the two divisional winners who face off in the final at Hunts County on Thursday.

St George’s through to final 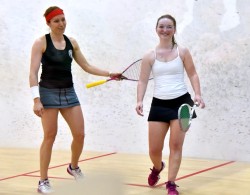 Coolhurst got off to a great start as Madeline Perry eased past PSL debutante Georgie Ingham in double quick time, but Charles Sharpes levelled the match as he beat Coolhurst manager Nick Sutcliffe in three games.

Both of those matches were on the traditional court, and by the time they had finished the first match on the glass court was just about to go into a fifth game!

St George’s Joe Lee took the first two against James Earles, but the Coolhurst left-hander fought back to level, and had a slight lead through most of the fifth. 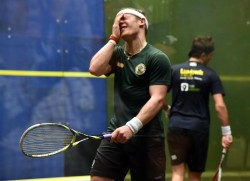 An error from Lee gave Earles two match balls at 10-8, and on the second of those he had a great chance but tinned his dropshot, to his own and his team’s horror. Lee took advantage as Earles made a couple more errors, taking the game 13-11 to put the home side ahead. 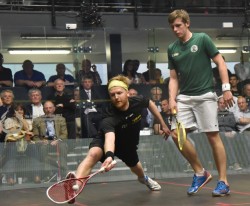 The third men’s match saw St George’s Tom Richards, elevated to number two on recent form and rankings, come from 7-10 down against Greg Lobban to take a nailbiting first game 18-16. Richards streaked ahead in the second, just about holding off Lobban’s comeback for 11-9, and controlled the third to finish it off 11-6 and put St George’s into the final.

The final match saw Borja Golan – who had some difficulty flying in from Spain due to the high winds – play a best of three with hard-hitting Aussie Cameron Pilley, taking it 13-11 in the third to make the final score 4-1 to St George’s. 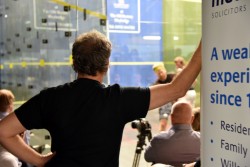 “We’ve been trying and trying with this team, so I’m very proud to have made the final for a second time, especially with a team of mostly home-grown players – it could have been five if Borja hadn’t been able to get here!

“It’s a credit to the club, the support that our sponsors have shown us over the years, and to have 220 people here tonight was just amazing.

“it’s all happening at St George’s, we have a new PSA $25k tournament in October, but now we just need to concentrate on the final in two days’ time – watch out Duffield!” 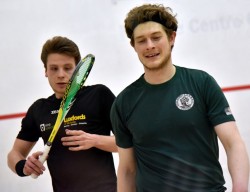 Coolhurst manager Nick Sutcliffe was also proud of his side:

“It’s only our second year in the league so to make the semis and come so close to winning without a full strength side is a real credit to them.

“When James lost so narrowly it was really difficult for us to come back with enough mental energy, and when Tom came back to take a really tight first game that was another blow.

“We’ll be back with a vengeance next year, but best of luck to St George’s in the final.”

Previous Duffield pull off implausible semi-final win
Next 2015 FINAL: Duffield are the Champions 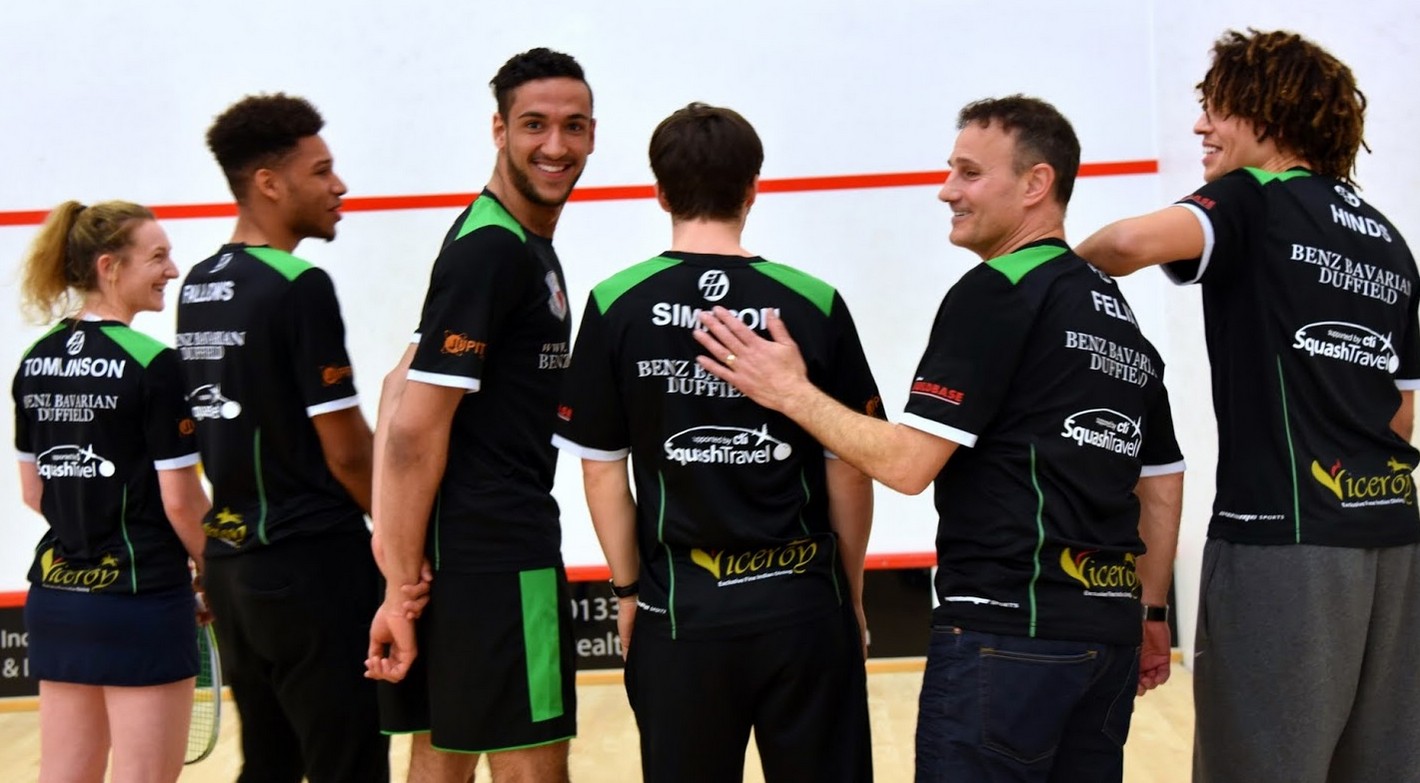 Benz-Bavarian Duffield are in the Premier Squash League final and, after pulling off the most implausible of semi-final victories, anything is possible ...