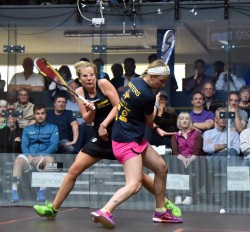 Neither team were able to field their strongest lineup, but while St George’s were hoping that home advantage would tell as they aimed to take a first title having lost out in the 2011, 2012 and 2015 finals, Surrey started favourites to make it seven wins out of seven appearances in the final.

Alison Waters got Surrey off to the ideal start as she accelerated away after taking a close opening game against Dominique Lloyd-Walter.

Meanwhile Bradley Masters let a two game lead slip against Paul Rawden before reasserting in the fifth to put Surrey two up. 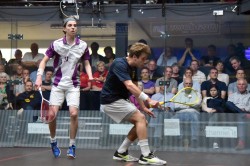 In the second match on the glass court Charles Sharpes dealt the winning blows for Surrey as he beat Charlie Lee in three close games to settle the match.

Surrey’s Piedro Schweertman made it four-nil after Phil Nightingale was forced to retire with a hamstring injury early in their second game, and Ali Farag put the icing on the cake as he beat Tom Richards in an entertaining three games on the glass court.

“It’s and incredible achievement to win this seven times,” said a delighted Surrey Manager Pete Smith, “the players have done us proud again. It’s been a tough season, we’ve had some great battles and a few losses but to come through again in the final is a tribute to everyone involved with the team. 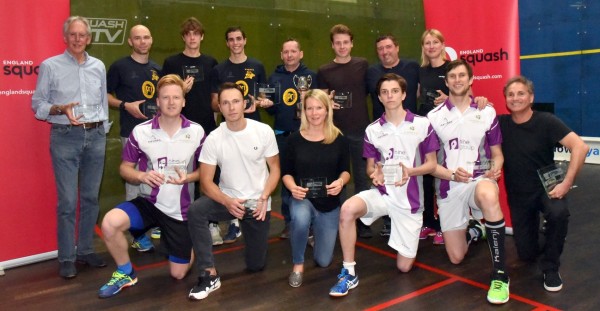