Ten teams started out on the quest for the PSL title, just two remained with Tradition @ RAC and Luxfords St George’s Hill  contesting the final tonight at St George’s Hill, and it was the home side who triumphed with a 3-2 win sealed by World #1 Mohamed Elshorbagy. 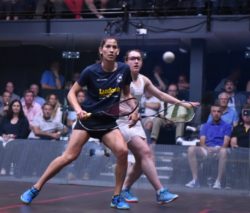 Although technically a neutral venue, St George’s Hill LTC hosted a final involving their own team for the second time in three years, and it was the home side who opened the scoring with commonwealth champion Joelle King beating Alice Green, a late replacement for the injured Alison Waters, in three games.

Meanwhile on the side court RAC’s George Parker beat Dylan Bennett, also in three, to level the match. 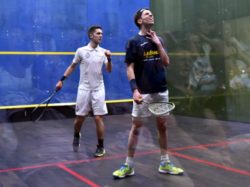 On world rankings RAC’s Ben Coleman was heavy favourite for the next match, but St George’s own Charlie Lee pushed Coleman all the way, cruising through the fourth game 11-1 to set up a decider only for Coleman to take the fifth 11-9 to put RAC 2-1 ahead. 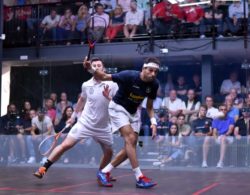 Another home grown talent, Tom Richards restored parity with a comprehensive three-nil win over Alan Clyne, setting up the decider that had looked likely from the outset.

St George’s had world #1 and world champion Mohamed ElShorbagy in their corner, up against RAC’s Daryl Selby, who had beaten ElShorbagy in the 2016 Channel VAS Champs on this court. There was to be no repeat of that upset though, as ElShorbagy took two close opening games and then powered through the third to give St George’s Hill their first win in five PSL Final appearances.

“It’s been a long journey,” said St George’s manager Danny Lee, who won the National League title in 1986 as a player but suffered four PSL final defeats as manager.

“I just pick the players now, but what a great team we have, it’s all down to them,  very proud of them. I wasn’t sure Mohamed would be able to even walk after last week, but he played well, he and they all put in so much effort.

“And of course thanks to our sponsor Luxfords, and well done to Lee [Davies] for getting RAC to the final in their first season, I’m sure they’ll continue to do well.” 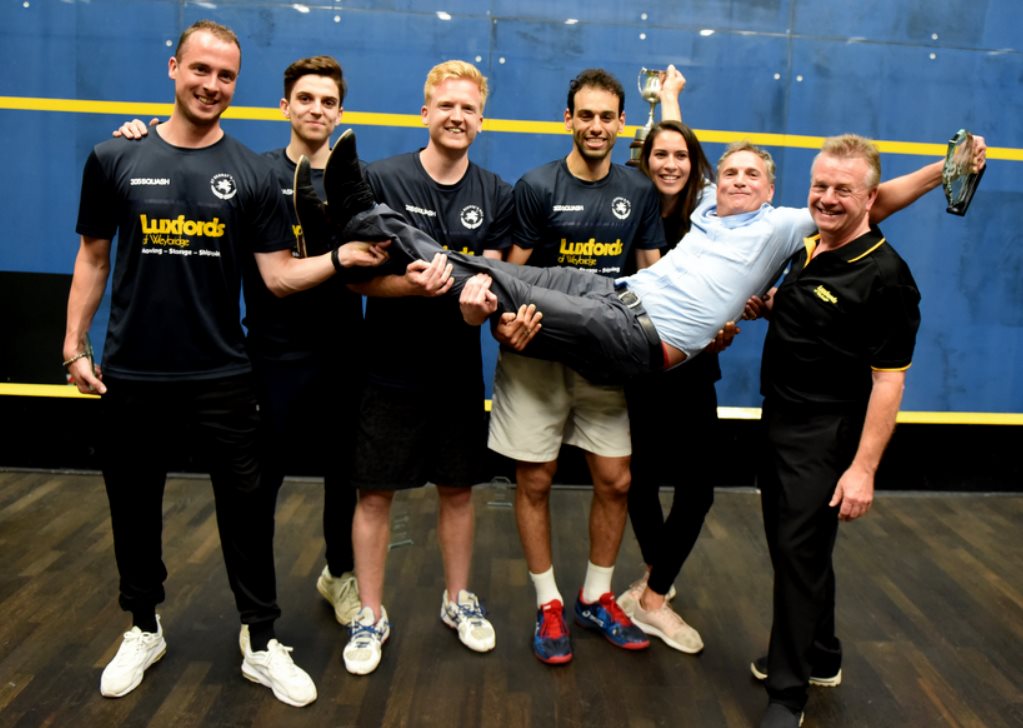 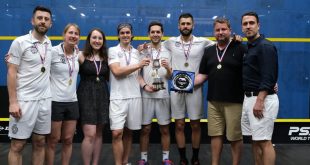