Last night saw Bexley’s second home match of the season as they hosted Coolhurst. Unfortunately for the spectators , world no9 Simon Rosner dropped out on the day but there were still some amazing players and match ups to come. 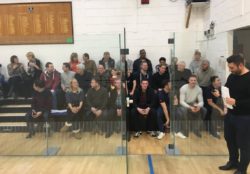 First up on court 2 was Kace Bartley v Selina Sinclair. Kace continued her 100% record in PSL this season with a competitive 3-0 win. The rallies were well contested but Kace normally had the last say.

Next door, a huge battle was taking place between Rob Downer for Bexley and Ben Grindrod from Coolhurst. Grindrod dominated the first, downer returned the favour in the second. The third and fourth were shared again and the crowd were getting more vocal and were loving the squash on show. High paced squash, great retrieving both players.

The fifth went all the way but it was Downer who took the game and match 11-9 to put Bexley 2-0 up in matches. Downer also has a 100% record from two PSL matches this season, both against higher ranked players.

Next on court 2 was Bexley head coach Ben Ford v late replacement Vini Rodriguez from Coolhurst via Brazil. The first game was tight but Vini was always a couple of points in front and kept that lead to take it 11-8. Second game Ben started to attack quicker and with good effect as he took a 5-1 lead. Unfortunately a knee injury he had been nursing all week flared up and effected his balance. Although he managed to hold on to that game, Vini soon realised the injury and took the third and fourth comfortably and the match 3-1 to put Coolhurst back in it at 1-2.

On court 1 the number twos were doing battle. Finish legend Olli Touminen v recent England international Adrian Waller. The first two games were shared with quite a lot of discussion with referees and between the players. Nothing agressive but made for a bit of stop start game.

After this Adrian began to dominate with controlled squash. Olli was doing more work and it was starting to show. Adrian coming through 3-1 and the match poised at 2-2 with the number ones left to play.

Abdulla al Tamimi was making his debut for Bexley and the crowd were excited to see what he had to offer v Greg Lobban who kindly gave up some time to hit with Bexley juniors earlier In the day.

The match to a set pattern with Tamimi playing an array of outrageous winners mixed with unforced errors. Greg was waiting for Tamimi to attack then counter dropping with great effect. Some great movement , a few discussions with the ref but in general a very entertaining match with Greg coming out on top 3-1 and giving the match to coolhurst 3-2.

9 points for Bexley moved them back into second place at the half way break and in with a good shout of making the semi finals. Next home game is 2nd Feb v Chichester. 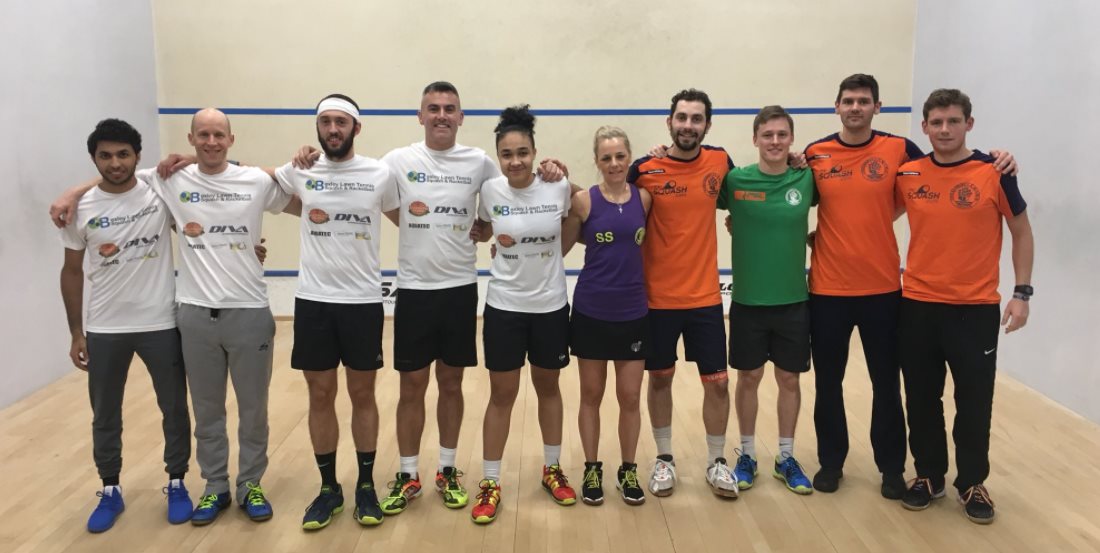 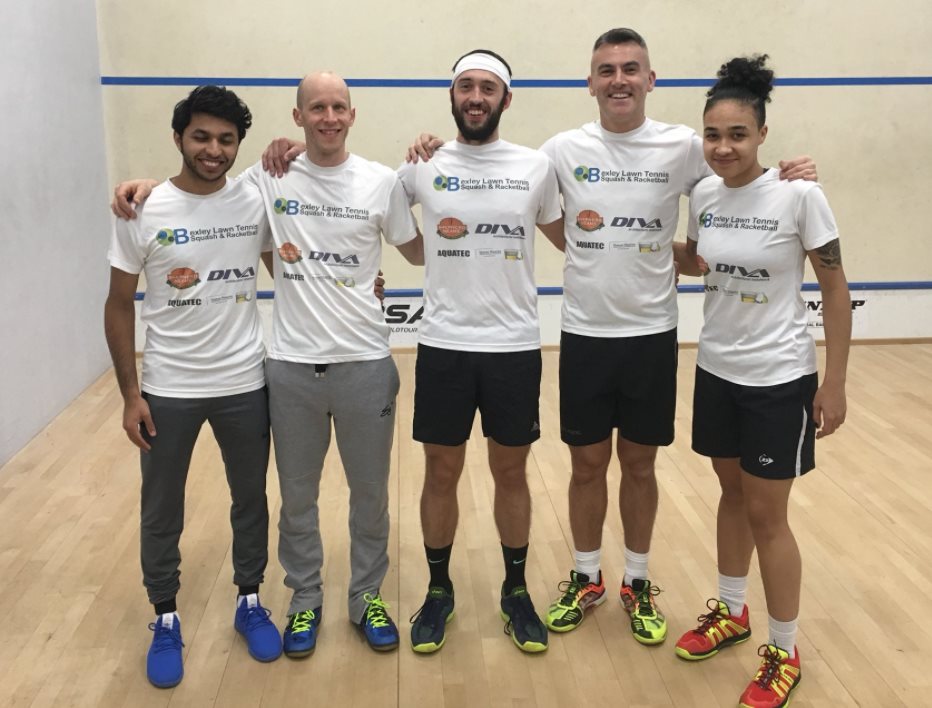 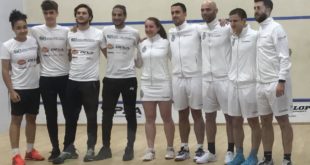