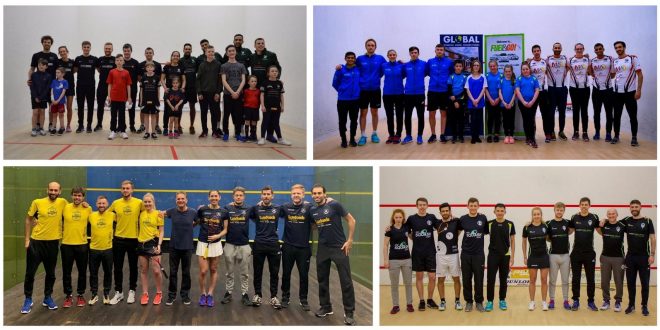 Round Nine concluded with a comprehensive win at Bexley for a strong Tradition@RAC team, which guarantees them a semi-final place. Meanwhile Newcastle’s last home fixture went to the wire with Alan Clyne coming from a game down in the decider to secure the win. 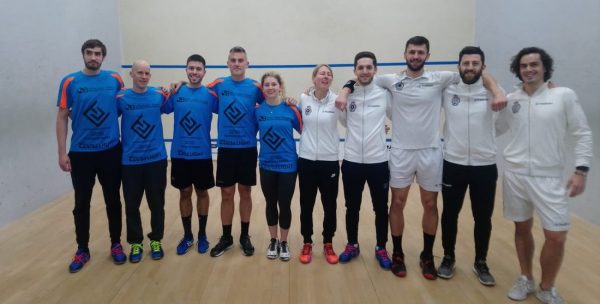 In the Southern Division St George’s Hill put out a strong team against visiting Welsh Wizards, who needed a win to keep their playoff hopes alive, and it was the home team who took a 4-0 advantage to secure their playoff spot. Marwan ElShorbagy beat elder brother Mohamed in the decider but it was too late for the Wizards, who look set to finish third in their first season.

Coolhurst continued their strong finish to the season with a 4-1 away win at Chichester, but the second playoff spot will likely go to Tradition @ RAC who travel to Bexley on Friday needing 13 points from two matches to guarantee a second consecutive semi-final appearance.

Northern division leaders WarKens lost 3-2 at Pontefract, Saurav Ghosal winning the deciding match for the home team, but qualify for the semi-finals after second-placed University of Birmingham Lions lost 1-4 away to Nottingham. Birmingham and Nottingham meet in the final round to decide the second playoff spot, with Pontefract going in with a 5-point advantage.

Previous Club Reports : Round Nine
Next Round TEN : the semifinals are settled

Reaction from the Clubs on Round Nine matches : Chichester, Pontefract (Malcolm not impressed) and St George's ...