Fixtures for the 2011/12 PSL season are now available as the world’s best players get ready for another assault on the world’s premier squash league title.

As in the last two seasons, Northern Group A features five teams, with University of Birmingham coming in to replace Chapel Allerton. Four-time champions Benz-Bavarian Duffield will probably start favourites, but but until the squads are finalised we’re making no predictions.

Southen Group B sees both of last year’s finalists, Surrey Health and Rackets and St George’s Hill, go head to head again in what should once more prove a very competitive group. 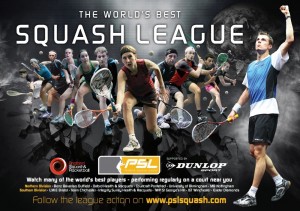