England Squash have unveiled a new modernised and dynamic structure for its flagship Premier Squash League (PSL) for the new season which begins in October, with several key changes to its format and team line-ups designed to help boost interest in the world’s longest established and most successful national club league. 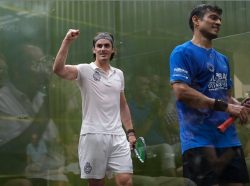 The 2019/2020 season will see a reduction to ten teams competing across respective North and South divisions with league matches taking place through until May, followed by semi-finals and a grand-final at the end of the season. 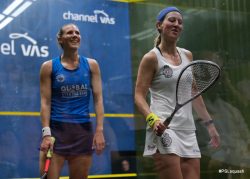 Each team will again comprise five players with matches played as best of three games, allowing all matches to be played on the home team’s show court if required, however new for this season teams will comprise three men and two women players. Furthermore, each team will field at least one man and one women from the UK to help develop home talent without diluting interest in the league generated by its international stars.

“Everyone associated with this season’s PSL is really excited with the introduction of its league structure,” said Paul Walters who heads up a restructured PSL Management Committee for England Squash.

“Given the strides made in the women’s game and moves to gender equality, we feel that the increase in the number of women players is more in line with England Squash’s overall vision as well as the wider objectives and direction of the sport.”

“Selecting just ten teams to compete in this seasons PSL was without question our most difficult task, however we are confident that reducing the number of teams this season will raise the overall standard and quality of matches to drive increased competitiveness amongst the teams. We are very happy with this season’s line-ups and especially excited to see Scotland, who have wanted to join the league for some time.”

Even more exciting changes are planned for the 2020/21 season, with the parallel divisions being replaced by ‘Premiership’ and ‘Championship’ divisions with promotion and relegation, live streaming of every match, plus additional format changes, competitions and divisions in the pipeline.

“It’s exciting times for the PSL,” added Walters, “we’re looking forward to a great upcoming season, and the planned changes going forward can only help to boost the prestige, following, and viability of the league. The introduction of promotion and relegation will also introduce increased competitiveness and heighten the level of excitement.”

For more information, visit PSLsquash.com and sign up to the newsletter to stay informed of news, results and developments.