Round ONE : Newcastle and Warkens off to flying starts

The second evening of round one action saw last season’s finalists Team Pontefract record a 4-1 away win at University of Birmingham Lions.

Round One will conclude on 16-Nov with the rearranged Coolhurst v RAC fixture.

01-Oct: Newcastle & WarKens off to flyers

The 2019/20 Premier Squash League season got under way on Tue 1st October with two matches, one in each division.

A noisy and enthusiastic Geordie crowd at the Northumberland Club welcomed Nick Matthew’s University of Nottingham team in the opening Northern Division match, while the Welsh Wizards – starting their second PSL season, as were Newcastle – travelled to Kenilworth Squash to take on last season’s Northern Division winners “Warken” in this year’s Southern Division. 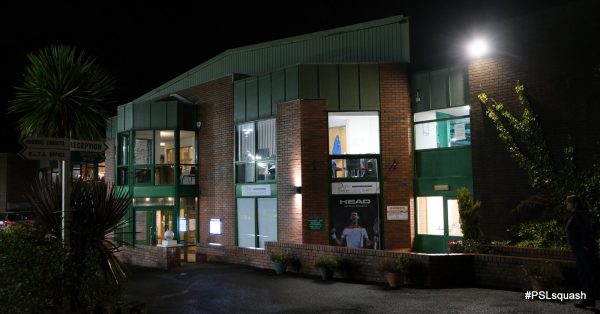 Newcastle turn it around against Nottingham

Northumberland Club / Newcastle University (“Newcastle”) had lost last year’s opening fixture at home to the University of Nottingham (“Nottingham”) 5-0 without taking a single game, and when Owain Taylor lost the first game of the match 11-13 to Kyle Finch, it looked as though history could repeat itself.

But Welshman Taylor fought back to take the match 2-1, and new recruit Fiona Moverley made it 2-0 to the home side as she comfortably beat Grace Clarke. 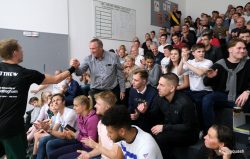 Richie Fallows pulled one back for Nottingham as he took two tough games against Tom Ford, but Newcastle wrapped up the win as another new recruit, South African Alexandra Fuller, took the second ladies’ match.

Nick Matthew beat Baptiste Masotti to reduce the damage for 2017 Champions Nottingham, and the packed crowd had no hesitation in accepting Matthew’s invitation for a noisy finish.

“From having the kids on court before the match, the sold out crowd which was as noisy and enthusiastic as usual, the performances of our new players, and of course the result, it’s a great start to our second season in the league, here’s hoping we can keep it going!”

Having topped the Northern division last year before losing out in the semi-finals, University of Warwick / Kenilworth Squash (“WarKens”) played their first match in the Southern Division, and romped to a 5-0 home win over the Welsh Wizards.

WarKens went two-nil up as Julianne Courtice and Lily Taylor won the women’s matches, both two-nil, then Harry Falconer and Nick Wall both came froma game down to put the home side four-nil ahead. Maximum points were secured when India’s Mahesh Mangaonkar took the final match in straight games.

“That was a very successful opening to the new season,” said England Squash’s PSL co-ordinator Paul Waters. “There were great crowds at both venues and the new format with two women and three men went down very well with everyone.

“We’re looking forward to a successful season of intense competition, and the innovations we have planned for this season and next can only help the PSL grow.”

Round ONE, Tue 1st October 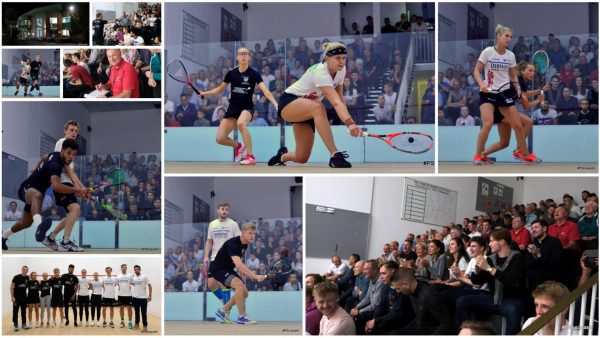