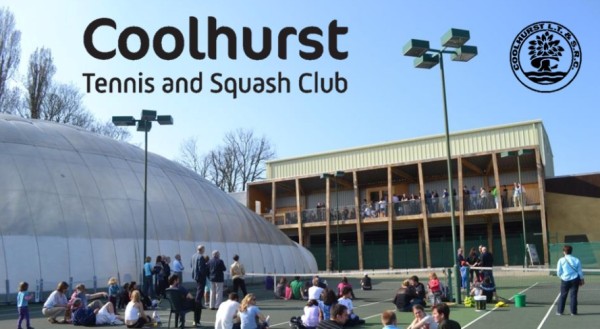 1919 In the post-war era leisure took on greater importance, and hard courts were laid under the aegis of Nuthurst Hard Courts Tennis Club, with Mr R E F Johns, the father in-law of the current President, Mrs Katie Johns, as Secretary.

1921 A small private limited company – Nuthurst Proprietary Ltd – was formed to buy the freehold of the land for the princely sum of £900, and £550 was invested in the building of the hard-courts pavilion.

1936 A loan of £1,640 financed the building of two squash courts (1 & 2) – Coolhurst’s squash section was born! With squash players came an application to serve alcohol… and the bar, originally operated on a voluntary basis by members, was opened for evening and weekend service.

1954 Ever looking to build the Coolhurst empire, Nuthurst bought the drive area – now the carpark – for £50.

1956 In the same acquisitive frame of mind, the freehold of the grass courts was secured.

1964 The first tennis balloon in the UK was bought for £4000. With lighting and heating, this allowed play in any weather during the winter.

1986 The current clubhouse was opened on the site of former tennis court 9.

1989 The former clubhouse sited between the pair of squash courts was opened as a fitness studio with a gym.

1990 The area above squash courts 3 and 4 was restructured as a stepped viewing area, with a glass back on court 3 providing a show court facility.

2003 Coolhurst celebrated one hundred years with a black-tie dinner. Previously run as an individual enterprise by two club members, the studio and gym were re-opened as a club facility and provided members with fitness classes, Pilates, treatment rooms and a versatile function room for evening events.