Holders Surrey accumulated more than enough points over the ten-match league season to win the Southern Group B, and enjoyed a comfortable semi-final victory at home to Group A runners-up Nottingham, while St George’s, as runners-up in Group B – despite beating Surrey home and away – had a tricky semi-final away to former champions and Group A winners Duffield.

Just as Surrey did last year when it was St George’s who had won the group, the visitors came away with the win to set up an all-Southern, all-Surrey final.

Full reports on the semi-finals 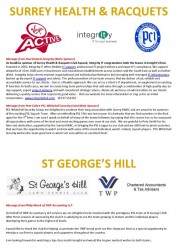 Run from the beginning of the season in October, the premier England Squash & Racketball league, supported byDunlop, has seen 11 teams fight for places in next week’s final.

Victory over their Weybridge rivals for the second year running would see Surrey Health & Racquets not only become the first team in the league’s 27-year history to take three titles in a row, but also the first to win the PSL crown a fourth time.

But the Croydon club will need to beat St George’s Hill for the first time this season – after two narrow defeats in the group stages of the world’s most prestigious squash league.

Tuesday’s final promises to be one of the most evenly-contested of all-time – featuring a number of prized clashes between players with a rich history of combat on a squash court.

There is no more perfect example than the women’s line-up between England’s number two and three: Londoner Alison Waters (Surrey Health) and Lancashire lass Laura Massaro (St George’s) – both of whom boast career-high world No3 rankings – contested British Junior Championship finals from U14 to U19 between 1997 and 2002.

In February this year, the pair went head-to-head for the British National Championship title – with Massaro winning the final to avenge the defeat to her England team-mate in the 2008 climax!

Surrey Sports Park will see their fourth meeting this year – with their career head-to-head record evenly-balanced at 11 wins apiece!

Essex school-mates Peter Barker and Daryl Selby could play the decider: Londoner Barker, the world No7 and Surrey Health top string, boasts a 13-5 career head-to-head record over the St George’s number one who is ranked just three places lower. Selby is looking for his first win over the left-hander in six PSL meetings since 2003 – but became British champion in 2011, a status yet to be achieved by his England team-mate.

Adrian Grant and Tom Richards have competed against each for places in the England team over the past few years, with 25-year-old world No16 Richards (St George’s) getting the selectors’ nod ahead of the Surrey Health world No17 for this week’s European Team Championships. So 30-year-old Grant will no doubt have a point to prove as he bids to extend his 7/1 head-to-head tally.

And two of the rising stars of continental squash will also want to demonstrate that the sport is played to a high standard beyond our shores. Surrey Health’s German number one Simon Rosner has already beaten Nicolas Mueller, the highest-ranked Swiss player of all-time, this season in the league.

But the younger St George’s third string from Zurich is now only five world ranking places below his German rival – and looking for his first win over Rosner in seven years.

Just two months separate the ages of the teams’ fourth strings – and Adrian Waller (Surrey Health) and Joe Lee (St George’s) have been doing battle since contesting the British Junior U15 final in 2004. Waller moved the head-to-head record between the pair to 6/5 after beating his rival in last month’s British U23 Championship final – but the slightly older Lee has a PSL advantage of 3/1. 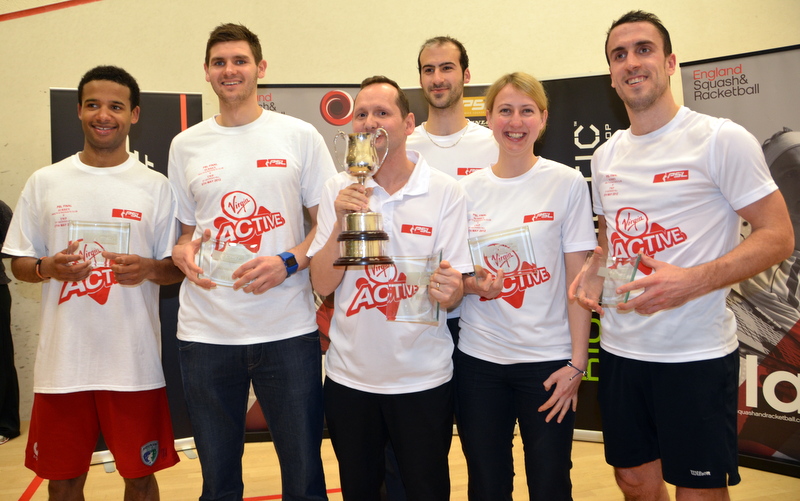 Not only three in a row for Surrey H&R, but the first club ever to win four too ...