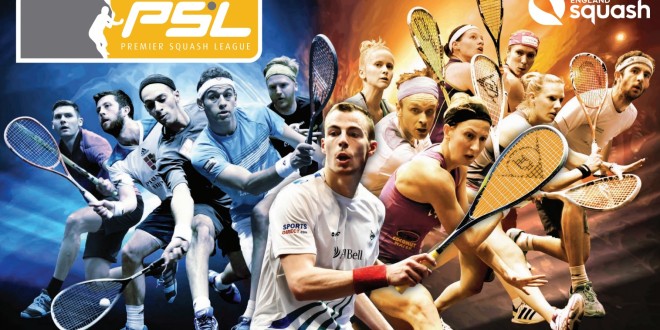 Air-IT Nottingham played  Birmingham University Lions in a match vital to the two teams, but for very different reasons. With Nottingham struggling in last position in the league, a win was needed to prevent the side from a potential relegation. Birmingham however were looking for a solid win to put them in contention for this year’s final playoffs.

First on at number 3 string for Nottingham was the under 19 England number 4 and Nottingham University Student, Matthew Broadberry. He was up against the Experienced ex professional Chris Ryder.

Having recently competed for England at the European Individual Junior Championships, Broadberry was full of confidence and got off to a good start leading 9-7 in the first game. Ryder however, showing all his experience, fought his way back into the game managing to take it 11-9. Ryder carried this momentum into the second game which he took comfortably with an array of classy shots.

Broadberry however wasn’t to go down without a fight and fought back in the third game. With the game poised at 9-9, Ryder constructed a quality rally forcing Broadberry into an outrageous dive and some tough retrieval. Ryder again was too strong taking the game 11-9 and the match 3-0. 1-0 to Birmingham.

The Ladies match saw Heidi Mather of Nottingham take on the world number 13, Sarah Jane Perry of Birmingham. The match saw some high quality rallies from both players with the pace of the game also very high.

The first two games saw Perry assert her dominance in the match taking both relatively comfortably. Heidi then responded as she battled with Perry in the middle section of the third. In the end however is was Perry who was able to win the majority of the big points taking the match 3-0 in style. 2-0 to the lions.

Afterwards Perry said “I enjoyed it on there today. I felt I was in good form and it was an interesting match!”

Next to appear on the show court was world number 60 and Nottingham favourite Eddie Charlton, against Jaymie Haycocks. Having lost in his last PSL match, Charlton was keen to change things and went about doing so, taking a commanding lead in the first two games meaning he lead 2-0. The third game was no different as Charlton carried on his fine form winning the third game and the match 3-0 with a superb display of controlling the middle of the court and hitting an array of great winners. 2-1 to Birmingham.

Playing at 4th string for Nottingham was another university student, Owain Taylor. Up against him was Joel Makin. Ranked 292 in the world, Taylor put in a fine display in the first two games, looking to step forward and attack the front where possible. However Makin known for his superb athleticism was able to soak up enough of the pressure and managed to take both games giving Makin a 2-0 lead.

The third started with some more close rallies but in the end Makin was too strong physically and dominated the third game taking the match 3-0 in an impressive display. This gave Birmingham a lead 3-1 overall.

Afterwards Taylor said “he’s so good physically so it’s hard to break him down. I know him well from Welsh squads so I felt the match was free flowing and fair, hopefully it made for good viewing”

The first game was close going to a tie break. Creed was able to keep his composure under pressure and sneaked the game 13-11. Fuller responded well taking a close second game, before Creed fought back in the third to take the lead 2-1. Creed looked to be playing more and more freely with every point and took another tough game in the fourth despite a late comeback from Fuller.

This saw Birmingham win the match 4-1.

With one match left to go this season, Nottingham will be desperate to get some more points, but with a tough home encounter vs league leaders Leicester, Nottingham players will need to be at the top of their game.